Spiritual But Not Religious

I’ve long been confused by the statement, “I’m spiritual but not religious.” For me, the two terms are closely intertwined.

However, in defense of the statement, I feel both terms have been used incorrectly to the point of no longer having consistent (and true) meanings, which is probably what the phrase “I’m spiritual but not religious” is really about and why I’ve embraced my brand of spirituality which incorporates religion.

For me, being “religious” means a belief in God. Therefore, in my view, if someone is religious, he/she believes in God. Using the same simplistic view, the opposite of religious is atheist, or someone who does not believe in God. Therefore, it would make sense to me if an atheist would proclaim spirituality without religion. But it does not make sense to me when a person who has a belief in a deity tries to separate religion from spirituality.

Although I don’t really know what is meant when someone utters the phrase, “I am spiritual but not religious”, I am willing to try to guess. Since the term “spiritual” is such a nebulous term, if I were to hazard a guess what is meant by the phrase, “I am spiritual but not religious”, I would assume it is the desire to live more individually (spiritually) without the devotional and ritual observances or adherence to a moral code of conduct determined by others (religion) including rules of which the individual does not agree. I think the rules and the structure associated with religion are the defining aspects behind the “but not religious” aspect of the spirituality phrase.

Many people eschew either the religious or the spiritual, but for the last few years, I’ve been trying to figure out how to integrate those two aspects of my background into my life experience. I have taken aspects of religion and spirituality to try to create the framework for my life. I like the structure of religion, because I’m an analytical person, and facts nourish my mind. I like the creativity of spirituality as that feeds my soul.

Although I believe in God, I’m not overly fond of organized religion. I feel that I have a personal relationship with God and I don’t need an intermediary like a pastor, bishop, pope, or other “religious leader” to intervene on my behalf. However, I also understand the value of a community of people coming together for a common goal or cause. I also see the value in learning from teachers who have more knowledge about a topic than I do. In general, we desire relationships with other people and a “church family” is just one way to achieve that goal.

Although spirituality—like religion—can be practiced on your own, people generally seek a spiritual community of some kind that is led by a spiritual leader or guru. In my view, a guru is similar to a religious leader.

Oftentimes, the goal of both religious and spiritual people is the same. To belong. To be a part of a group of like-minded people. To receive guidance on how to live life to the fullest.

I see all of us as equals living our own lives. Although I might be able to learn something from a “spiritual leader” who writes a great book or provides a captivating speech, I can’t discount how the spiritual person lives her life in my overall assessment of her spirituality. Likewise, I may be inspired by the sermon of a “religious leader”, awed by his service projects, or amazed by his demonstrated knowledge of the Bible, however, I can’t discount how the religious person lives his life in my overall assessment of his application of religion.

So, I am spiritual AND I am religious. I believe the two terms coexist rather nicely in my life.

What do YOU think about spirituality and religion? I’d love to read your perspective regarding religion and spirituality in your life! 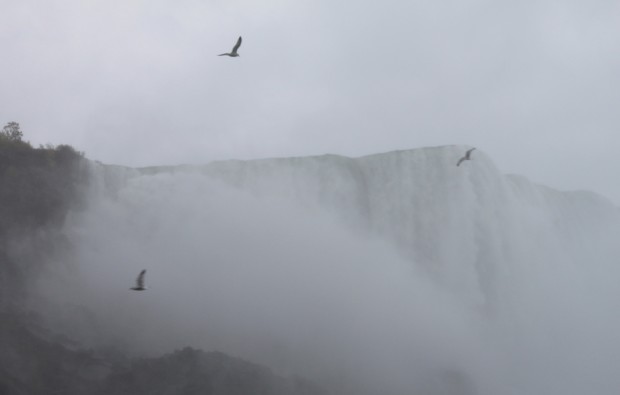