I’m not much of a baseball fan and I know very little about the game. The only baseball games I’ll watch are if I can sit in the bleachers on a warm day. However, baseball batting averages are a good analogy for career success.

Hugh Duffy has the best batting average* in a single year of .440 and he accomplished this feat in 1894. In other words, 56% of the time that Hugh was at bat, he did NOT make it to first base. Additionally, this is such an amazing accomplishment, that his record still stands more than 120 years after he set this record!

We consider a baseball player who is “batting three-hundred” to be an accomplished player. If we want to be harsh, that’s failure 70% of the time, but in baseball that is the definition of success.

However, for the rest of our lives, we don’t consider a 30% or 44% success-rate exemplary or even acceptable. Both would be failing letter grades in school. In baseball, you’re wrong more often than you’re right.

Is it realistic to expect a professional of any ilk to “bat a thousand”?

That would be a perfect score.

Obviously, the answer is no.

That is not realistic.

Focused Best Effort By All

In baseball (like a lot of professions) there are at least 2 people involved in the outcome.

The batter can control his actions, but he doesn’t know what is going to be (literally) thrown his way. He has to react to whatever is presented, in the best manner he can. Additionally, the batter has to be focused on the game. He has to try his best to put other aspects of his life—worries about his career, thoughts of his family, and concerns about his aching shoulder—completely out of his mind so he can focus on the ball sailing toward him.

The pitcher has a separate set of concerns. The pitcher has to both focus on the batter and keep an eye on the outfield. He, like the batter, has to put other aspects of his life completely out of his mind.

Even though each player is coming to the game with different perspectives, training, and concerns, both players come together to try to do their best with every single pitch and every single time at bat. And their best is generally within the 30-40% range of success.

Why the Baseball Analogy?

Why is a psychic medium writing about baseball batting averages?

Because in my career as a psychic medium, there were times I had a session with a client that was disappointing. The potential reasons for a disappointing reading may originate from me, the sitter, outside influences, or a combination of all three. There are numerous reasons including illness, fatigue, technology, distractions, lack of openness, lack of preparation, grief, etc.

For any percentage to have relevancy, you need a large data sample to analyze. Since I was on sabbatical for much of 2016, I will present data from the previous year. In 2015, Kent and I exhibited at 9 psychic fairs. I provided 207 readings over the 17 days of fairs. Of the readings provided, 8 didn’t go well (3.86%). I was either unable to effectively connect with the sitter and/or the sitter didn’t accept any of the information that was translated as accurate. In these cases, a refund was given, but disappointment was felt on both sides of the table. Unfortunately, instead of focusing on the number of successful readings I provided at fairs that year, initially I fixated on the readings that didn’t go well. I think this is a common human tendency. Instead of focusing on our successes in life, we focus on our failures—even when our successes far outnumber our failures.

During my tenure as a psychic medium, in an effort to improve my services and strive to be perfect, I spent considerable time analyzing WHY the few readings that didn’t go well were unsuccessful. I wanted to ascertain what (if anything) I could have done differently to ensure a better outcome. In some cases, there was nothing I could have done differently. In other readings, I just missed the mark for a variety of reasons. In those cases, I learned to be compassionate with myself for the disappointing outcomes.

Even though my “batting average” for the fairs in 2015 was .961 (96%), I was disappointed by the 8 readings that didn’t go well, as were the sitters. My disappointment led me to think about the fact that sometimes in this work, it seems the expectation is to be perfect every single time—to effectively “bat a thousand”.

Of course when I was providing individual readings, I wanted to provide useful information every single time, and just like the pitcher and the batter, I aimed to provide my best service every time, but sometimes it just didn’t work out. I don’t have any control over Spirit or the sitter. Yet, both are integrally important to my receiving accurate information that can be translated during a reading. Additionally, sometimes outside influences impact my vibration and subsequently my connection with Spirit. But if the best baseball player EVER can only manage .440, then shouldn’t .961 be acceptable for me?

After thinking through these disappointing readings using the baseball analogy, I was able to show myself a little compassion and acceptance. Am I still disappointed that I wasn’t able to  provide a good reading to every single client who crossed my path? Sure. For the person who didn’t receive a good reading, their perspective of my batting overage is 0. If I were the sitter, I wouldn’t really care that most other people received good readings.

However, not having a perfect “batting average” is a great life-lesson. Seeing my own imperfection helps to keep me humble and also to be more compassionate toward others. I would hope that when I receive a service from someone that isn’t their best performance, even though they have put forth their best effort, that I am compassionate.

Cut Yourself Some Slack

I want you to cut yourself some slack for not achieving your very best every single minute of every single day. We should all still aim to achieve that goal, but when we fall short, I think it’s really important to be gracious and kind with ourselves and others.

I feel we are faced with a lot of opportunities in life to show compassion to ourselves and others. My goal is to assume best intent and maximum effort in all cases, unless I have evidence to the contrary. 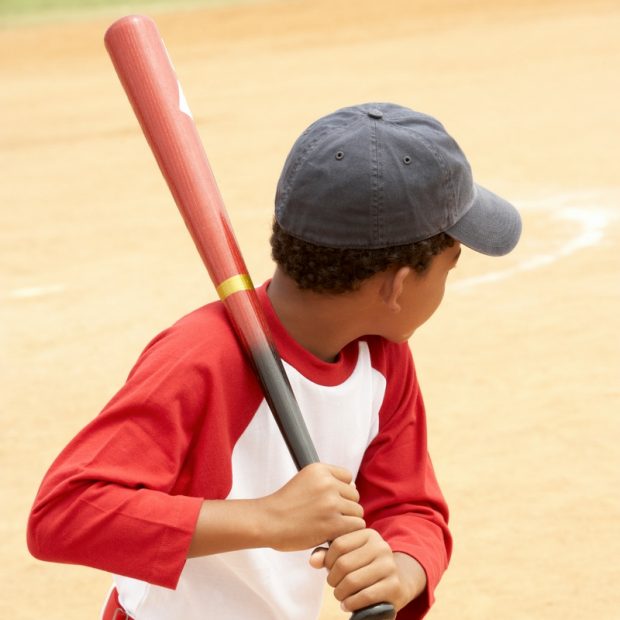 *In baseball, the batting average (BA) is defined by the number of hits divided by at bats. It is usually reported to three decimal places and pronounced as if it were multiplied by 1,000: a player with a batting average of .300 is “batting three-hundred.” –Wikipedia http://en.wikipedia.org/wiki/Batting_average